In response to the global turn in scholarship on colonial and early modern history, the eighteen essays in this volume provide a fresh and much-needed perspective on the wider context of the encounter between the inhabitants of precolonial Virginia and the English. This collection offers an interdisciplinary consideration of developments in Native America, Europe, Africa, the Caribbean, and the Chesapeake, highlighting the mosaic of regions and influences that formed the context and impetus for the English settlement at Jamestown in 1607. The volume reflects an understanding of Jamestown not as the birthplace of democracy in America but as the creation of a European outpost in a neighborhood that included Africans, Native Americans, and other Europeans.

With contributions from both prominent and rising scholars, this volume offers far-ranging and compelling studies of peoples, texts, places, and conditions that influenced the making of New World societies. As Jamestown marks its four-hundredth anniversary, this collection provides provocative material for teaching and launching new research. 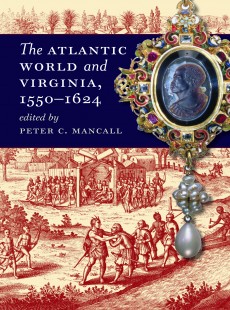