For a brief moment in the summer of 1900, Robert Charles was arguably the most infamous black man in the United States. After an altercation with police on a New Orleans street, Charles killed two police officers and fled. During a manhunt that extended for days, violent white mobs roamed the city, assaulting African Americans and killing at least half a dozen. When authorities located Charles, he held off a crowd of thousands for hours before being shot to death. The notorious episode was reported nationwide; years later, fabled jazz pianist Jelly Roll Morton recalled memorializing Charles in song. Yet today, Charles is almost entirely invisible in the traditional historical record. So who was Robert Charles, really? An outlaw? A black freedom fighter? And how can we reconstruct his story?

In this fascinating work, K. Stephen Prince sheds fresh light on both the history of the Robert Charles riots and the practice of history-writing itself. He reveals evidence of intentional erasures, both in the ways the riot and its aftermath were chronicled and in the ways stories were silenced or purposefully obscured. But Prince also excavates long-hidden facts from the narratives passed down by white and black New Orleanians over more than a century. In so doing, he probes the possibilities and limitations of the historical imagination. 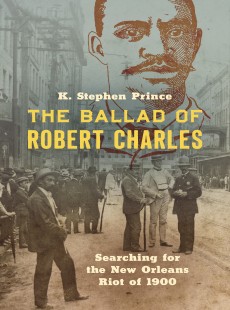 The Ballad of Robert Charles

Searching for the New Orleans Riot of 1900