Emerging from a matrix of Old Left, black nationalist, and bohemian ideologies and institutions, African American artists and intellectuals in the 1960s coalesced to form the Black Arts Movement, the cultural wing of the Black Power Movement. In this comprehensive analysis, James Smethurst examines the formation of the Black Arts Movement and demonstrates how it deeply influenced the production and reception of literature and art in the United States through its negotiations of the ideological climate of the Cold War, decolonization, and the civil rights movement.

Taking a regional approach, Smethurst examines local expressions of the nascent Black Arts Movement, a movement distinctive in its geographical reach and diversity, while always keeping the frame of the larger movement in view. The Black Arts Movement, he argues, fundamentally changed American attitudes about the relationship between popular culture and "high" art and dramatically transformed the landscape of public funding for the arts. 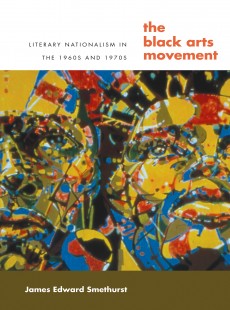