In what is probably the fullest and most vivid extant account of the American Colonial frontier, The Carolina Backcountry on the Eve of the Revolution gives shape to the daily life, thoughts, hopes, and fears of the frontier people. It is set forth by one of the most extraordinary men who ever sought out the wilderness--Charles Woodmason, an Anglican minister whose moral earnestness and savage indignation, combined with a vehement style, make him worthy of comparison with Swift. The book consists of his journal, selections from the sermons he preached to his Backcountry congregations, and the letters he wrote to influential people in Charleston and England describing life on the frontier and arguing the cause of the frontier people. Woodmason's pleas are fervent and moving; his narrative and descriptive style is colorful to a degree attained by few writers in Colonial America. 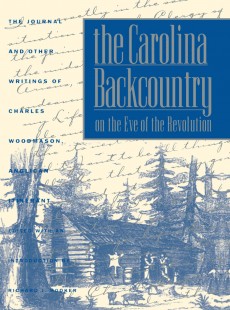 The Carolina Backcountry on the Eve of the Revolution

The Journal and Other Writings of Charles Woodmason, Anglican Itinerant