Although much has been written about the ways in which Confederate politics affected the course of the Civil War, George Rable is the first historian to investigate Confederate political culture in its own right. Focusing on the assumptions, values, and beliefs that formed the foundation of Confederate political ideology, Rable reveals how southerners attempted to purify the political process and avoid what they saw as the evils of parties and partisanship.

According to Rable, secession marked the beginning of a revolution against politics, in which the Confederacy's founding fathers saw themselves as the true heirs of the American Revolution. Nevertheless, factionalism developed as the war dragged on, with Confederate nationalists emphasizing political unity and support for President Jefferson Davis's administration and libertarian dissenters warning of the dangers of a centralized Confederate government. Both sides claimed to be the legitimate defenders of a genuine southern republicanism and of Confederate nationalism, and the conflict between them carried over from the strictly political sphere to matters of military strategy, civil religion, and education. Rable concludes that despite the war's outcome, the Confederacy's antipolitical legacy had a profound impact on southern politics. 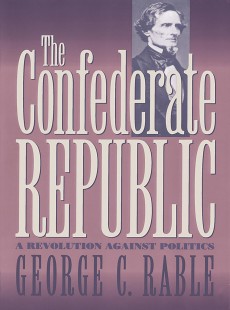 A Revolution against Politics