Perhaps no other moment in history crystallized the fears of slave owners in the South like the August 21-22, 1831, slave insurrection led by Nat Turner in Southampton, Virginia. The Confessions of Nat Turner details Turner's life and the events surrounding that armed revolt, which left more than fifty men, women, and children dead and that culminated in Turner's execution. Interviewed by Thomas R. Gray while in prison for his crimes, Turner begins his story with his earliest childhood memories, and the subsequent narrative leads the reader through his decision, formed over years in slavery, to strike for freedom. He discusses his religious conversion and his belief that he was called by God to murder slave owners. He spares no detail as he describes each murder he oversaw or committed. Unique in its historical moment and powerful voice, The Confessions of Nat Turner provides an uncensored look into one of the key events in the slave-holding South. 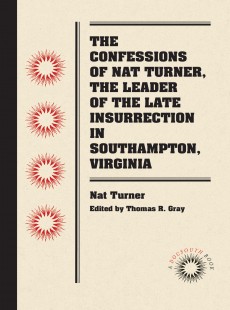 The Confessions of Nat Turner, the Leader of the Late Insurrection in Southampton, Virginia