By the mid-twentieth century, smallpox had vanished from North America and Europe but continued to persist throughout Africa, Asia, and South America. In 1965, the United States joined an international effort to eradicate the disease, and after fifteen years of steady progress, the effort succeeded. Bob H. Reinhardt demonstrates that the fight against smallpox drew American liberals into new and complex relationships in the global Cold War, as he narrates the history of the only cooperative international effort to successfully eliminate a human disease.

Unlike other works that have chronicled the fight against smallpox by offering a "biography" of the disease or employing a triumphalist narrative of a public health victory, The End of a Global Pox examines the eradication program as a complex exercise of American power. Reinhardt draws on methods from environmental, medical, and political history to interpret the global eradication effort as an extension of U.S. technological, medical, and political power. This book demonstrates the far-reaching manifestations of American liberalism and Cold War ideology and sheds new light on the history of global public health and development. 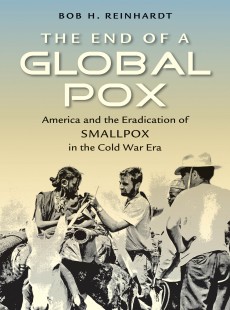 The End of a Global Pox

America and the Eradication of Smallpox in the Cold War Era