Using recently declassified documents, Messer traces Byrnes's performance from the Yalta Conference through the postwar dealings with the Soviet Union. He sees the failure of the Soviet-American collaboration to continue into the postwar years as the result of several unrelated events--the struggle between Byrnes and Truman to become Roosevelt's successor in 1944, Roosevelt's use of Byrnes as his Yalta salesman," and Byrnes's distorted view of the Yalta Conference." 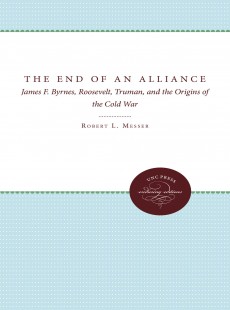 The End of an Alliance

James F. Byrnes, Roosevelt, Truman, and the Origins of the Cold War