Clarence Major is one of America's literary masters. He has published numerous books, from novels to poetry and short story collections. Among his many accolades, he was a finalist for the National Book Award and a Fulbright scholar and received the PEN Oakland/Reginald Lockett Lifetime Achievement Award. His work has been featured in many literary journals, newspapers, and magazines, including the New Yorker, the New York Times, and Ploughshares.

Whether you've known Major's work for decades or are new to his singular style, The Essential Clarence Major offers a thrilling overview of an exceptional career, from his early groundbreaking fiction to his most recent poems. Included here are excerpts from Major's best novels, a selection of his finest short stories and poetry, more than a dozen thought-provoking essays, a taste of his autobiography. Award-winning playwright, novelist, and screenwriter Kia Corthron introduces the collection, artfully illuminating Major's importance as one of the foremost and original voices in contemporary American literature. 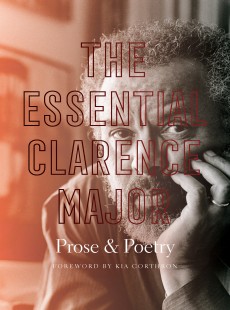