John Hope Franklin has devoted his professional life to the study of African Americans. Originally published in 1943 by UNC Press, The Free Negro in North Carolina, 1790-1860 was his first book on the subject. As Franklin shows, freed slaves in the antebellum South did not enjoy the full rights of citizenship. Even in North Carolina, reputedly more liberal than most southern states, discriminatory laws became so harsh that many voluntarily returned to slavery. 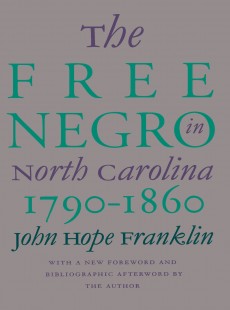