Lt. Gen. John C. H. Lee wore six stars on his helmet, three in front and three in back—an unusual affectation. He was a stickler for discipline and a legendary military figure whom servicemen and historians loved to hate. Yet Lee was an intensely religious person and an advocate of opportunity for African Americans in the era of Jim Crow, setting him apart from the conservative officer corps at this time. Lee was also responsible for supplying the Allied armies in Europe during World War II from D-Day through Germany's surrender. In this long-overdue biography of the brilliant and eccentric commander, Hank H. Cox paints a vivid picture of this enormous logistical task and the man who made it all happen.The General Who Wore Six Stars delves into the perplexing details of how Lee let his idiosyncrasies get the better of him. This "pompous little son-of-a-bitch," as some historians have called him, who was "only interested in self-advertisement," famously moved his headquarters to Paris, where during the height of the American Army supply crisis, twenty-nine thousand of his Service of Supply troops shacked up in the finest hotels and, due to sheer numbers, created an enormous black market. Yet, Cox argues, Lee's strategical genius throughout the war has been underappreciated not only by his contemporaries but also by World War II historians. The General Who Wore Six Stars provides a timely reassessment of this intriguing individual. 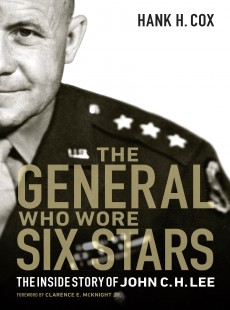 The General Who Wore Six Stars

The Inside Story of John C. H. Lee