Although Germany's short-lived colonial empire (1884-1918) was neither large nor successful, it is historically significant. The establishment of German colonies and attempts to expand them affected international politics in a period of extreme tension. Smith focuses on the interaction between Germany's colonial empire and German politics and, by extension, on the connection between colonialism and socioeconomic conflict in Germany before World War I. 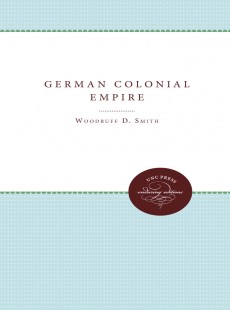