In the mountains of western North Carolina, the Civil War was fought on different terms than those found throughout most of the South. Though relatively minor strategically, incursions by both Confederate and Union troops disrupted life and threatened the social stability of many communities. Even more disruptive were the internal divisions among western Carolinians themselves. Differing ideologies turned into opposing loyalties, and the resulting strife proved as traumatic as anything imposed by outside armies. As the mountains became hiding places for deserters, draft dodgers, fugitive slaves, and escaped prisoners of war, the conflict became a more localized and internalized guerrilla war, less rational and more brutal, mean-spirited, and personal--and ultimately more demoralizing and destructive.

From the valleys of the French Broad and Catawba Rivers to the peaks of the Blue Ridge and Great Smoky Mountains, the people of western North Carolina responded to the war in dramatically different ways. Men and women, masters and slaves, planters and yeomen, soldiers and civilians, Confederates and Unionists, bushwhackers and home guardsmen, Democrats and Whigs--all their stories are told here. 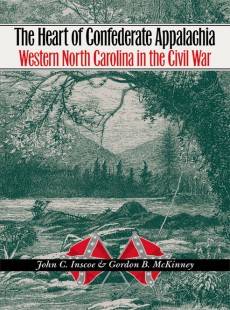 The Heart of Confederate Appalachia