The Indigenous Paleolithic of the Western Hemisphere is a reclaimed history of the deep past of Indigenous people in North and South America during the Paleolithic. Paulette F. C. Steeves mines evidence from archaeology sites and Paleolithic environments, landscapes, and mammalian and human migrations to make the case that people have been in the Western Hemisphere not only just prior to Clovis sites (10,200 years ago) but for more than 60,000 years, and likely more than 100,000 years. Steeves discusses the political history of American anthropology to focus on why pre-Clovis sites have been dismissed by the field for nearly a century. She explores supporting evidence from genetics and linguistic anthropology regarding First Peoples and time frames of early migrations. Additionally, she highlights the work and struggles faced by a small yet vibrant group of American and European archaeologists who have excavated and reported on numerous pre-Clovis archaeology sites. In this first book on Paleolithic archaeology of the Americas written from an Indigenous perspective, The Indigenous Paleolithic of the Western Hemisphere includes Indigenous oral traditions, archaeological evidence, and a critical and decolonizing discussion of the development of archaeology in the Americas. 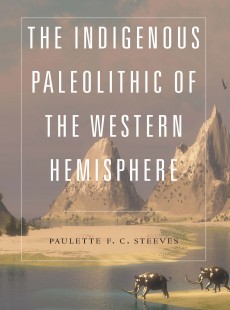 The Indigenous Paleolithic of the Western Hemisphere