From 1950 to 1980, activists in the black freedom and women's liberation movements mounted significant campaigns in response to the injustices of rape. These activists challenged the dominant legal and social discourses of the day and redefined the political agenda on sexual violence for over three decades. How activists framed sexual violence--as either racial injustice, gender injustice, or both--was based in their respective frameworks of oppression. The dominant discourse of the black freedom movement constructed rape primarily as the product of racism and white supremacy, whereas the dominant discourse of women's liberation constructed rape as the result of sexism and male supremacy. In The Injustices of Rape, Catherine O. Jacquet is the first to examine these two movement responses together, explaining when and why they were in conflict, when and why they converged, and how activists both upheld and challenged them. Throughout, she uses the history of antirape activism to reveal the difficulty of challenging deeply ingrained racist and sexist ideologies, the unevenness of reform, and the necessity of an intersectional analysis to combat social injustice. 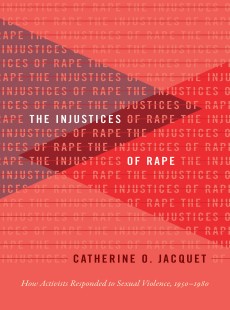 The Injustices of Rape