In The Kid and Me Frederick Turner deftly re-creates the Lincoln County War in what was then New Mexico Territory. The 1878 war pitted an established faction led by James Dolan against new arrivals in the county led by John Tunstall and Alexander McSween. When Tunstall and McSween opened a dry-goods store in 1876 in a direct challenge to Dolan's monopoly on the dry-goods business, trouble was inevitable. Both the Dolan and the Tunstall-McSween factions garnered supporters, including lawmen, criminal gangs, and ranch hands. The ambush and murder of Tunstall by a local sheriff's posse loyal to Dolan sparked a wave of revenge killings and bloody reprisals in which Billy the Kid—one of Tunstall's ranch hands—played a prominent role. Narrated by George Coe, an aged veteran of New Mexico's Lincoln County War but now a devout painter of village churches, The Kid and Me tells what it felt like to ride alongside Billy the Kid, whom Coe both admired and greatly feared. Gang loyalty, extreme violence, political corruption in the highest places, and profound moral ambiguity characterize this tale of what made the American West wild. 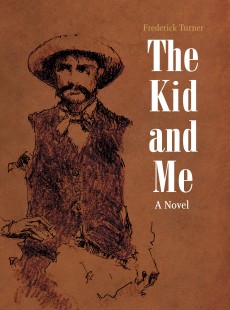