To understand the long march of events in North Carolina from secession to surrender is to understand the entire Civil War--a personal war waged by Confederates and Unionists, free blacks and the enslaved, farm women and plantation belles, Cherokees and mountaineers, conscripts and volunteers, gentleman officers and poor privates. In the state's complex loyalties, its sprawling and diverse geography, and its dual role as a home front and a battlefield, North Carolina embodies the essence of the whole epic struggle in all its terrible glory.

Philip Gerard presents this dramatic convergence of events through the stories of the individuals who endured them--reporting the war as if it were happening in the present rather than with settled hindsight--to capture the dreadful suspense of lives caught up in a conflict whose ending had not yet been written. As Gerard reveals, whatever the grand political causes for war, whatever great battles decided its outcome, and however abstract it might seem to readers a century and a half later, the war was always personal. 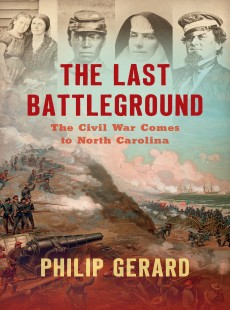