Latinos are already the largest minority group in the United States, and experts estimate that by 2050, one out of three Americans will identify as Latino. Though their population and influence are steadily rising, stereotypes and misconceptions about Latinos remain, from the assumption that they refuse to learn English to questions of just how "American" they actually are. By presenting thirteen riveting oral histories of young, first-generation college students, Mario T. Garcia counters those long-held stereotypes and expands our understanding of what he terms "the Latino Generation." By allowing these young people to share their stories and struggles, Garcia reveals that these students and children of immigrants will be critical players in the next chapter of our nation's history.

Collected over several years, the testimonios follow the history of the speakers in thought-provoking ways, reminding us that members of the Latino Generation are not merely a demographic group but rather real individuals, as American in their aspirations and loyalty as the members of any other ethnic group in the country. 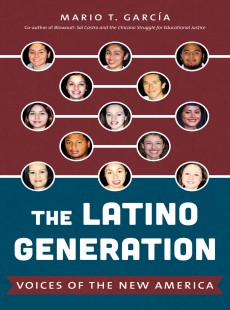 Voices of the New America