The Long Shadow of the Civil War relates uncommon narratives about common Southern folks who fought not with the Confederacy, but against it. Focusing on regions in three Southern states--North Carolina, Mississippi, and Texas--Victoria E. Bynum introduces Unionist supporters, guerrilla soldiers, defiant women, socialists, populists, free blacks, and large interracial kin groups that belie stereotypes of Southerners as uniformly supportive of the Confederate cause. Centered on the concepts of place, family, and community, Bynum's insightful and carefully documented work effectively counters the idea of a unified South caught in the grip of the Lost Cause. 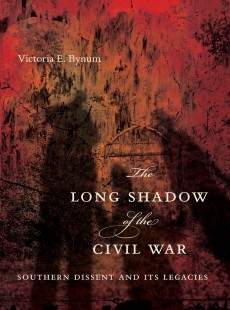 The Long Shadow of the Civil War

Southern Dissent and Its Legacies