Jamestown, the Lost Colony of Roanoke, and Plymouth Rock are central to America's mythic origin stories. Then, we are told, the main characters--the "friendly" Native Americans who met the settlers--disappeared. But the history of the Lumbee Tribe of North Carolina demands that we tell a different story. As the largest tribe east of the Mississippi and one of the largest in the country, the Lumbees have survived in their original homelands, maintaining a distinct identity as Indians in a biracial South. In this passionately written, sweeping work of history, Malinda Maynor Lowery narrates the Lumbees' extraordinary story as never before. The Lumbees' journey as a people sheds new light on America's defining moments, from the first encounters with Europeans to the present day. How and why did the Lumbees both fight to establish the United States and resist the encroachments of its government? How have they not just survived, but thrived, through Civil War, Jim Crow, the civil rights movement, and the war on drugs, to ultimately establish their own constitutional government in the twenty-first century? Their fight for full federal acknowledgment continues to this day, while the Lumbee people's struggle for justice and self-determination continues to transform our view of the American experience. Readers of this book will never see Native American history the same way. 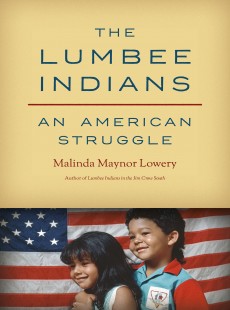