In this psychologically gripping memoir, Blake Allmendinger returns to his childhood home after a forty-year absence. His homecoming to the struggling farming community of Rocky Ford, Colorado, formerly known as the Melon Capital of the World, forces the author to confront his own sad and disturbing history, one that parallels his hometown’s decline. Allmendinger’s family was dominated by his emotionally and mentally unstable mother, who became depressed while living in Rocky Ford as a young woman. For the rest of her life she abused the members of her family, creating tensions that remained unresolved until the end of the author’s visit, when his mother died suddenly, a family member committed suicide, and a secret diary was discovered. The Melon Capital of the World is a remarkable blend of personal narrative, memoir, and Allmendinger’s interviews with people who knew his mother and her family. His story is a gritty but compassionate, and at times humorous, portrait of a family trying to survive in the rapidly disappearing rural American West. 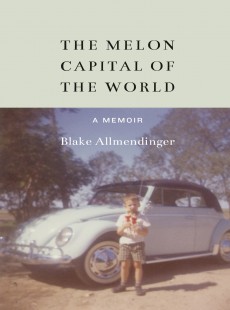 The Melon Capital of the World