The Civil War retains a powerful hold on the American imagination, with each generation since 1865 reassessing its meaning and importance in American life. This volume collects twelve essays by leading Civil War scholars who demonstrate how the meanings of the Civil War have changed over time.

The essays move among a variety of cultural and political arenas--from public monuments to parades to political campaigns; from soldiers' memoirs to textbook publishing to children's literature--in order to reveal important changes in how the memory of the Civil War has been employed in American life. Setting the politics of Civil War memory within a wide social and cultural landscape, this volume recovers not only the meanings of the war in various eras, but also the specific processes by which those meanings have been created. By recounting the battles over the memory of the war during the last 140 years, the contributors offer important insights about our identities as individuals and as a nation. 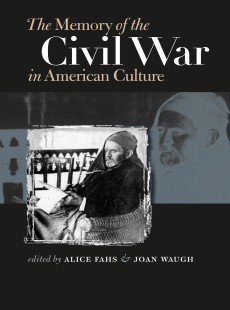 The Memory of the Civil War in American Culture