Mexico today is one of the most dangerous places in the world to report the news, and Mexicans have taken to the street to defend freedom of expression. As Benjamin T. Smith demonstrates in this history of the press and civil society, the cycle of violent repression and protest over journalism is nothing new. He traces it back to the growth in newspaper production and reading publics between 1940 and 1976, when a national thirst for tabloids, crime sheets, and magazines reached far beyond the middle class.

As Mexicans began to view local and national events through the prism of journalism, everyday politics changed radically. Even while lauding the liberty of the press, the state developed an arsenal of methods to control what was printed, including sophisticated spin and misdirection techniques, covert financial payments, and campaigns of threats, imprisonment, beatings, and even murder. The press was also pressured by media monopolists tacking between government demands and public expectations to maximize profits, and by coalitions of ordinary citizens demanding that local newspapers publicize stories of corruption, incompetence, and state violence. Since the Cold War, both in Mexico City and in the provinces, a robust radical journalism has posed challenges to government forces. 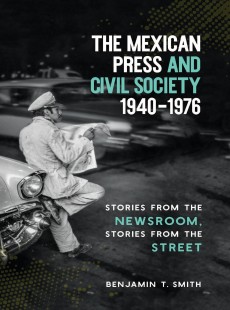