M. C. Armstrong secured his embed as a journalist with the Navy SEALs in 2008. Shortly before he left for Iraq his father asked him to tell the story no one else seemed to be telling, the story of the people sometimes constructed as our friends and other times our enemies: the Iraqis. "But what about them?" he asked. "Who's their good guy? Who's their George Washington? That's the story you want to find. Talk to them." Armstrong's searing memories about his relationship with his father, his fiancé, and his SEAL team companion take the reader on a nosedive ride from a historically black college in the American South straight into Baghdad, the burn pits, and the desert beyond the mysterious Haditha dam. Culminating in the disclosure of a devastating secret, The Mysteries of Haditha explores the lengths Armstrong was willing to go to prove himself and to witness a truth he couldn't have prepared himself to receive. At once daring, dark, and hilarious, this memoir of M. C. Armstrong's journey pulls no punches and lifts the veil on the lies we tell each other and the ones we tell ourselves. The Mysteries of Haditha is a coming-of-age story and an unprecedented glimpse into the heart of the war on terror. 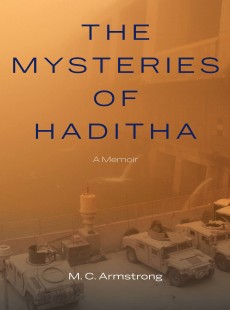 The Mysteries of Haditha