Who was the "Mysterious Sofía," whose letter in November 1934 was sent from Washington DC to Mexico City and intercepted by the Mexican Secret Service? In The Mysterious Sofía Stephen J. C. Andes uses the remarkable story of Sofía del Valle to tell the history of Catholicism's global shift from north to south and the importance of women to Catholic survival and change over the course of the twentieth century. As a devout Catholic single woman, neither nun nor mother, del Valle resisted religious persecution in an era of Mexican revolutionary upheaval, became a labor activist in a time of class conflict, founded an educational movement, toured the United States as a public lecturer, and raised money for Catholic ministries—all in an age dominated by economic depression, gender prejudice, and racial discrimination. The rise of the Global South marked a new power dynamic within the Church as Latin America moved from the margins of activism to the vanguard.  Del Valle's life and the stories of those she met along the way illustrate the shared pious practices, gender norms, and organizational networks that linked activists across national borders. Told through the eyes of a little-known laywoman from Mexico, Andes shows how women journeyed from the pews into the heart of the modern world. 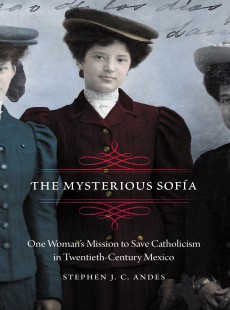 One Woman's Mission to Save Catholicism in Twentieth-Century Mexico