Samba is Brazil's "national rhythm," the foremost symbol of its culture and nationhood. To the outsider, samba and the famous pre-Lenten carnival of which it is the centerpiece seem to showcase the country's African heritage. Within Brazil, however, samba symbolizes the racial and cultural mixture that, since the 1930s, most Brazilians have come to believe defines their unique national identity.
But how did Brazil become "the Kingdom of Samba" only a few decades after abolishing slavery in 1888? Typically, samba is represented as having changed spontaneously, mysteriously, from a "repressed" music of the marginal and impoverished to a national symbol cherished by all Brazilians. Here, however, Hermano Vianna shows that the nationalization of samba actually rested on a long history of relations between different social groups--poor and rich, weak and powerful--often working at cross-purposes to one another.
A fascinating exploration of the "invention of tradition," The Mystery of Samba is an excellent introduction to Brazil's ongoing conversation on race, popular culture, and national identity. 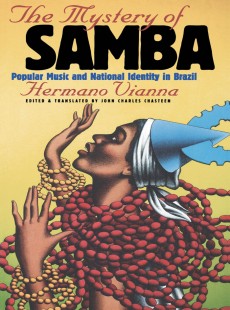 The Mystery of Samba