The NAACP's fight against segregated education--the first public interest litigation campaign--culminated in the 1954 Brown decision. While touching on the general social, political, and economic climate in which the NAACP acted, Mark V. Tushnet emphasizes the internal workings of the organization as revealed in its own documents. He argues that the dedication and the political and legal skills of staff members such as Walter White, Charles Hamilton Houston, and Thurgood Marshall were responsible for the ultimate success of public interest law. This edition contains a new epilogue by the author that addresses general questions of litigation strategy, the persistent question of whether the Brown decision mattered, and the legacy of Brown through the Burger and Rehnquist courts. 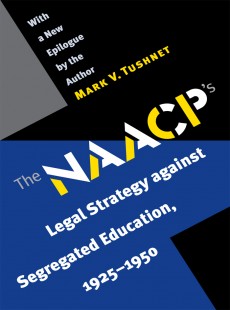