All nations make themselves up as they go along, but not all make themselves up in the same way. In this study, Alon Confino explores how Germans turned national and argues that they imagined the nation as an extension of their local place. In 1871, the work of political unification had been completed, but Germany remained a patchwork of regions with different histories and traditions. Germans had to construct a national memory to reconcile the peculiarities of the region and the totality of the nation. This identity project, examined by Confino as it evolved in the southwestern state of WArttemberg, oscillated between failure and success. The national holiday of Sedan Day failed in the 1870s and 1880s to symbolically commingle localness and nationhood. Later, the idea of the Heimat, or homeland, did prove capable of representing interchangeably the locality, the region, and the nation in a distinct national narrative and in visual images. The German nationhood project was successful, argues Confino, because Germans made the nation into an everyday, local experience through a variety of cultural forms, including museums, school textbooks, popular poems, travel guides, posters, and postcards. But it was not unique. Confino situates German nationhood within the larger context of modernity, and in doing so he raises broader questions about how people in the modern world use the past in the construction of identity. 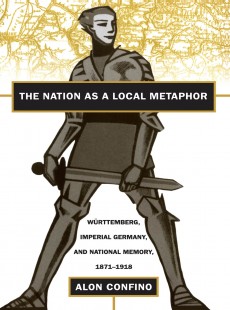 The Nation as a Local Metaphor