In 1762, British forces mobilized more than 230 ships and 26,000 soldiers, sailors, and enslaved Africans to attack Havana, one of the wealthiest and most populous ports in the Americas. They met fierce resistance. Spanish soldiers and local militias in Cuba, along with enslaved Africans who were promised freedom, held off the enemy for six suspenseful weeks. In the end, the British prevailed, but more lives were lost in the invasion and subsequent eleven-month British occupation of Havana than during the entire Seven Years' War in North America.

The Occupation of Havana offers a nuanced and poignantly human account of the British capture and Spanish recovery of this coveted Caribbean city. The book explores both the interconnected histories of the British and Spanish empires and the crucial role played by free people of color and the enslaved in the creation and defense of Havana. Tragically, these men and women would watch their promise of freedom and greater rights vanish in the face of massive slave importation and increased sugar production upon Cuba's return to Spanish rule. By linking imperial negotiations with events in Cuba and their consequences, Elena Schneider sheds new light on the relationship between slavery and empire at the dawn of the Age of Revolutions. 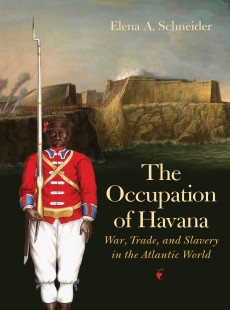 The Occupation of Havana

War, Trade, and Slavery in the Atlantic World