Analyzing the crucial period of the Cuban Revolution from 1959 to 1961, Samuel Farber challenges dominant scholarly and popular views of the revolution's sources, shape, and historical trajectory. Unlike many observers, who treat Cuba's revolutionary leaders as having merely reacted to U.S. policies or domestic socioeconomic conditions, Farber shows that revolutionary leaders, while acting under serious constraints, were nevertheless autonomous agents pursuing their own independent ideological visions, although not necessarily according to a master plan.

Exploring how historical conflicts between U.S. and Cuban interests colored the reactions of both nations' leaders after the overthrow of Fulgencio Batista, Farber argues that the structure of Cuba's economy and politics in the first half of the twentieth century made the island ripe for radical social and economic change, and the ascendant Soviet Union was on hand to provide early assistance. Taking advantage of recently declassified U.S. and Soviet documents as well as biographical and narrative literature from Cuba, Farber focuses on three key years to explain how the Cuban rebellion rapidly evolved from a multiclass, antidictatorial movement into a full-fledged social revolution. 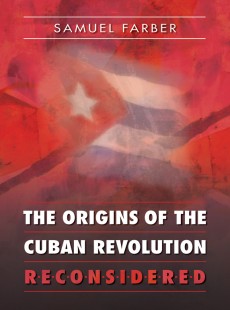 The Origins of the Cuban Revolution Reconsidered