This volume explores the lives and works of nine Northern women who wrote during the Civil War period, examining the ways in which, through their writing, they engaged in the national debates of the time. Lyde Sizer shows that from the 1850 publication of Uncle Tom's Cabin through Reconstruction, these women, as well as a larger mosaic of lesser-known writers, used their mainstream writings publicly to make sense of war, womanhood, Union, slavery, republicanism, heroism, and death.

Sizer pays close attention to how these mostly middle-class women attempted to create a "rhetoric of unity," giving common purpose to women despite differences in class, race, and politics. This theme of unity was ultimately deployed to establish a white middle-class standard of womanhood, meant to exclude as well as include. 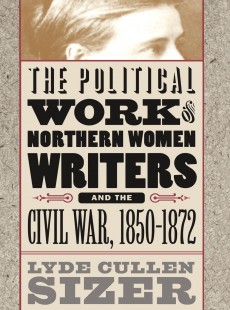 The Political Work of Northern Women Writers and the Civil War, 1850-1872