The eleventh and twelfth centuries comprised a period of great significance in Islamic history. The Great Saljuqs, a Turkish-speaking tribe hailing from central Asia, ruled the eastern half of the Islamic world for a great portion of that time. In a far-reaching analysis that combines social, cultural, and political history, Omid Safi demonstrates how the Saljuqs tried to create a lasting political presence by joining forces with scholars and saints, among them a number of well-known Sufi Muslims, who functioned under state patronage.

In order to legitimize their political power, Saljuq rulers presented themselves as champions of what they alleged was an orthodox and normative view of Islam. Their notion of religious orthodoxy was constructed by administrators in state-sponsored arenas such as madrasas and khanaqahs. Thus orthodoxy was linked to political loyalty, and disloyalty to the state was articulated in terms of religious heresy.

Drawing on a vast reservoir of primary sources and eschewing anachronistic terms of analysis such as nationalism, Safi revises conventional views both of the Saljuqs as benevolent Muslim rulers and of the Sufis as timeless, ethereal mystics. He makes a significant contribution to understanding premodern Islam as well as illuminating the complex relationship between power and religious knowledge. 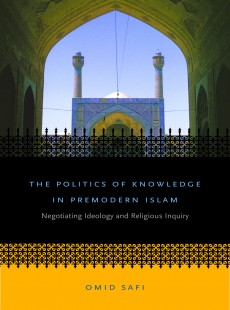 The Politics of Knowledge in Premodern Islam