The Yankees and New York baseball entered a golden age between 1949 and 1964, a period during which the city was represented in all but one World Series. While the Yankees dominated, however, the years were not so golden for the rest of baseball. In The Postwar Yankees: Baseball's Golden Age Revisited, David G. Surdam deconstructs this idyllic period to show that while the Yankees piled on pennants and World Series titles through the 1950s, Major League Baseball attendance consistently declined and gate-revenue disparity widened through the mid-1950s. Contrary to popular belief, the era was already experiencing many problems that fans of today's game bemoan, including a competitive imbalance and callous owners who ran the league like a cartel. Fans also found aging, decrepit stadiums ill-equipped for the burgeoning automobile culture, while television and new forms of leisure competed for their attention. Through an economist's lens, Surdam brings together historical documents and off-the-field numbers to reconstruct the period and analyze the roots of the age's enduring mythology, examining why the Yankees and other New York teams were consistently among baseball's elite and how economic and social forces set in motion during this golden age shaped the sport into its modern incarnation. 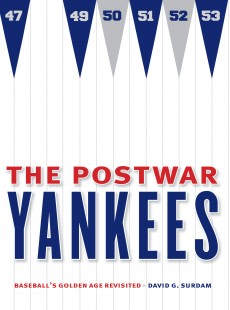