Stephanie J. Smith brings Mexican politics and art together, chronicling the turbulent relations between radical artists and the postrevolutionary Mexican state. The revolution opened space for new political ideas, but by the late 1920s many government officials argued that consolidating the nation required coercive measures toward dissenters. While artists and intellectuals, some of them professed Communists, sought free expression in matters both artistic and political, Smith reveals how they simultaneously learned the fine art of negotiation with the increasingly authoritarian government in order to secure clout and financial patronage. But the government, Smith shows, also had reason to accommodate artists, and a surprising and volatile interdependence grew between the artists and the politicians.

Involving well-known artists such as Frida Kahlo, Diego Rivera, and David Alfaro Siqueiros, as well as some less well known, including Tina Modotti, Leopoldo Mendez, and Aurora Reyes, politicians began to appropriate the artists' nationalistic visual images as weapons in a national propaganda war. High-stakes negotiating and co-opting took place between the two camps as they sparred over the production of generally accepted notions and representations of the revolution's legacy—and what it meant to be authentically Mexican. 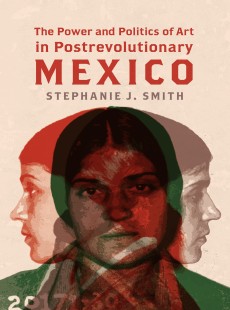 The Power and Politics of Art in Postrevolutionary Mexico