Over the course of the eighteenth century, Anglo-Americans purchased an unprecedented number and array of goods. The Power of Objects in Eighteenth-Century British America investigates these diverse artifacts—from portraits and city views to gravestones, dressing furniture, and prosthetic devices—to explore how elite American consumers assembled objects to form a new civil society on the margins of the British Empire. In this interdisciplinary transatlantic study, artifacts emerge as key players in the formation of Anglo-American communities and eventually of American citizenship. Deftly interweaving analysis of images with furniture, architecture, clothing, and literary works, Van Horn reconstructs the networks of goods that bound together consumers in Boston, New York, Philadelphia, and Charleston.

Moving beyond emulation and the desire for social status as the primary motivators for consumption, Van Horn shows that Anglo-Americans' material choices were intimately bound up with their efforts to distance themselves from Native Americans and African Americans. She also traces women's contested place in forging provincial culture. As encountered through a woman's application of makeup at her dressing table or an amputee's donning of a wooden leg after the Revolutionary War, material artifacts were far from passive markers of rank or political identification. They made Anglo-American society. 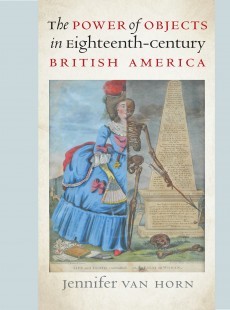