When James Meredith enrolled as the first African American student at the University of Mississippi in 1962, the resulting riots produced more casualties than any other clash of the civil rights era. Eagles shows that the violence resulted from the university's and the state's long defiance of the civil rights movement and federal law. Ultimately, the price of such behavior--the price of defiance--was not only the murderous riot that rocked the nation and almost closed the university but also the nation's enduring scorn for Ole Miss and Mississippi. Eagles paints a remarkable portrait of Meredith himself by describing his unusual family background, his personal values, and his service in the U.S. Air Force, all of which prepared him for his experience at Ole Miss. 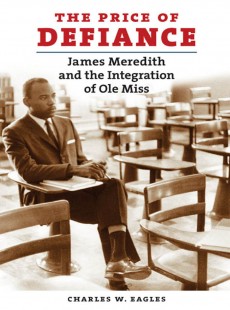 The Price of Defiance

James Meredith and the Integration of Ole Miss