Puerto Ricans maintain a vibrant identity that bridges two very different places--the island of Puerto Rico and the U.S. mainland. Whether they live on the island, in the States, or divide time between the two, most imagine Puerto Rico as a separate nation and view themselves primarily as Puerto Rican. At the same time, Puerto Ricans have been U.S. citizens since 1917, and Puerto Rico has been a U.S. commonwealth since 1952.

Jorge Duany uses previously untapped primary sources to bring new insights to questions of Puerto Rican identity, nationalism, and migration. Drawing a distinction between political and cultural nationalism, Duany argues that the Puerto Rican "nation" must be understood as a new kind of translocal entity with deep cultural continuities. He documents a strong sharing of culture between island and mainland, with diasporic communities tightly linked to island life by a steady circular migration. Duany explores the Puerto Rican sense of nationhood by looking at cultural representations produced by Puerto Ricans and considering how others--American anthropologists, photographers, and museum curators, for example--have represented the nation. His sources of information include ethnographic fieldwork, archival research, interviews, surveys, censuses, newspaper articles, personal documents, and literary texts. 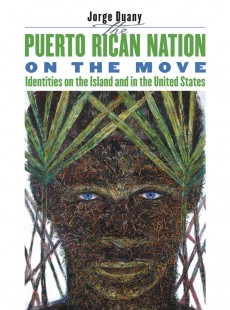 The Puerto Rican Nation on the Move

Identities on the Island and in the United States