It was no coincidence that the Civil War occurred during an age of violent political upheaval in Europe and the Americas. Grounding the causes and philosophies of the Civil War in an international context, Andre M. Fleche examines how questions of national self-determination, race, class, and labor the world over influenced American interpretations of the strains on the Union and the growing differences between North and South. Setting familiar events in an international context, Fleche enlarges our understanding of nationalism in the nineteenth century, with startling implications for our understanding of the Civil War.

Confederates argued that European nationalist movements provided models for their efforts to establish a new nation-state, while Unionists stressed the role of the state in balancing order and liberty in a revolutionary age. Diplomats and politicians used such arguments to explain their causes to thinkers throughout the world. Fleche maintains that the fight over the future of republican government in America was also a battle over the meaning of revolution in the Atlantic world and, as such, can be fully understood only as a part of the world-historical context in which it was fought. 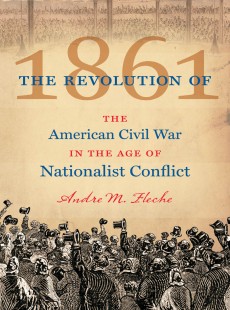 The American Civil War in the Age of Nationalist Conflict