In this first history of Arab American activism in the 1960s, Pamela Pennock brings to the forefront one of the most overlooked minority groups in the history of American social movements. Focusing on the ideas and strategies of key Arab American organizations and examining the emerging alliances between Arab American and other anti-imperialist and antiracist movements, Pennock sheds new light on the role of Arab Americans in the social change of the era. She details how their attempts to mobilize communities in support of Middle Eastern political or humanitarian causes were often met with suspicion by many Americans, including heavy surveillance by the Nixon administration. Cognizant that they would be unable to influence policy by traditional electoral means, Arab Americans, through slow coalition building over the course of decades of activism, brought their central policy concerns and causes into the mainstream of activist consciousness.

With the support of new archival and interview evidence, Pennock situates the civil rights struggle of Arab Americans within the story of other political and social change of the 1960s and 1970s. By doing so, she takes a crucial step forward in the study of American social movements of that era. 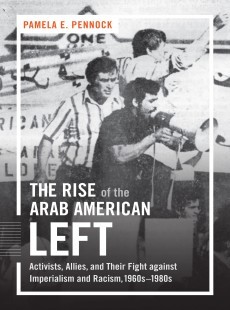 The Rise of the Arab American Left

Activists, Allies, and Their Fight against Imperialism and Racism, 1960s