The NCAA men's basketball tournament is one of the iconic events in American sports. In this fast-paced, in-depth account, J. Samuel Walker and Randy Roberts identify the 1973–74 season as pivotal in the making of this now legendary postseason tournament. In an era when only one team per conference could compete, the dramatic defeat of coach John Wooden's UCLA Bruins by the North Carolina State Wolfpack ended a decade of the Bruins' dominance, fueled unprecedented national attention, and prompted the NCAA to expand the tournament field to a wider range of teams. Walker and Roberts provide a richly detailed chronicle of the games that made the season so memorable and uncover the behind-the-scenes maneuvering that set the stage for the celebrated spectacle that now fixes the nation's attention every March. 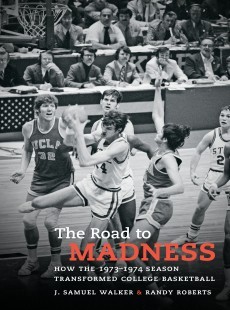 The Road to Madness

How the 1973-1974 Season Transformed College Basketball