The reconciliation of North and South following the Civil War depended as much on cultural imagination as on the politics of Reconstruction. Drawing on a wide range of sources, Nina Silber documents the transformation from hostile sectionalism to sentimental reunion rhetoric. Northern culture created a notion of reconciliation that romanticized and feminized southern society. In tourist accounts, novels, minstrel shows, and popular magazines, northerners contributed to a mythic and nostalgic picture of the South that served to counter their anxieties regarding the breakdown of class and gender roles in Gilded Age America. Indeed, for many Yankees, the ultimate symbol of the reunion process, and one that served to reinforce Victorian values as well as northern hegemony, was the marriage of a northern man and a southern woman. Southern men also were represented as affirming traditional gender roles. As northern men wrestled with their nation's increasingly global and aggressive foreign policy, the military virtues extolled in Confederate legend became more admired than reviled. By the 1890s, concludes Silber, northern whites had accepted not only a newly resplendent image of Dixie but also a sentimentalized view of postwar reunion. 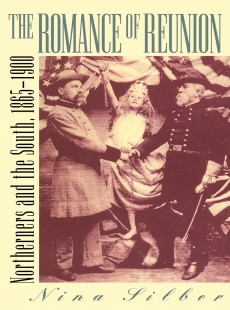 The Romance of Reunion