In this history of the social and human sciences in Mexico and the United States, Karin Alejandra Rosemblatt reveals intricate connections among the development of science, the concept of race, and policies toward indigenous peoples. Focusing on the anthropologists, sociologists, biologists, physicians, and other experts who collaborated across borders from the Mexican Revolution through World War II, Rosemblatt traces how intellectuals on both sides of the Rio Grande forged shared networks in which they discussed indigenous peoples and other ethnic minorities. In doing so, Rosemblatt argues, they refashioned race as a scientific category and consolidated their influence within their respective national policy circles.

Postrevolutionary Mexican experts aimed to transform their country into a modern secular state with a dynamic economy, and central to this endeavor was learning how to "manage" racial difference and social welfare. The same concern animated U.S. New Deal policies toward Native Americans. The scientists' border-crossing conceptions of modernity, race, evolution, and pluralism were not simple one-way impositions or appropriations, and they had significant effects. In the United States, the resulting approaches to the management of Native American affairs later shaped policies toward immigrants and black Americans, while in Mexico, officials rejected policy prescriptions they associated with U.S. intellectual imperialism and racial segregation. 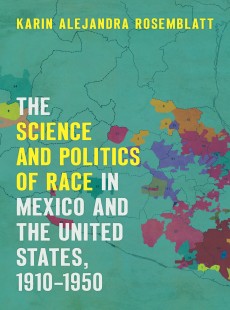 The Science and Politics of Race in Mexico and the United States, 1910–1950