In The Search for the Japanese Fleet, David W. Jourdan, one of the world's experts in undersea exploration, reconstructs the critical role one submarine played in the Battle of Midway, considered to be the turning point of the war in the Pacific. In the direct line of fire during this battle was one of the oldest boats in the navy, USS Nautilus. The actions of Lt. Cdr. William Brockman and his ninety-three-man crew during an eight-hour period rank among the most important submarine contributions to the most decisive engagement in U.S. Navy history. Fifty-seven years later, Jourdan's team of deep-sea explorers set out to discover the history of the Battle of Midway and find the ships that the Allied fleet sank. Key to the mystery was Nautilus and its underwater exploits. Relying on logs, diaries, chronologies, manuals, sound recordings, and interviews with veterans of the battle, including men who spent most of June 4, 1942, in the submarine conning tower, the story breathes new life into the history of this epic engagement. Woven into the tale of World War II is the modern drama of deep-sea discovery, as explorers deploy new technology three miles beneath the ocean surface to uncover history and commemorate fallen heroes. 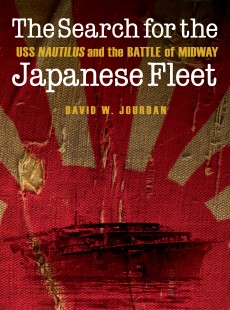 The Search for the Japanese Fleet

USS Nautilus and the Battle of Midway