In this study of gender relations in late colonial Mexico (ca. 1760-1821), Steve Stern analyzes the historical connections between gender, power, and politics in the lives of peasants, Indians, and other marginalized peoples. Through vignettes of everyday life, he challenges assumptions about gender relations and political culture in a patriarchal society. He also reflects on continuity and change between late colonial times and the present and suggests a paradigm for understanding similar struggles over gender rights in Old Regime societies in Europe and the Americas.

Stern pursues three major arguments. First, he demonstrates that non-elite women and men developed contending models of legitimate gender authority and that these differences sparked bitter struggles over gender right and obligation. Second, he reveals connections, in language and social dynamics, between disputes over legitimate authority in domestic and familial matters and disputes in the arenas of community and state power. The result is a fresh interpretation of the gendered dynamics of peasant politics, community, and riot. Third, Stern examines regional and ethnocultural variation and finds that his analysis transcends particular locales and ethnic subgroupings within Mexico. The historical arguments and conceptual sweep of Stern's book will inform not only students of Mexico and Latin America but also students of gender in the West and other world regions. 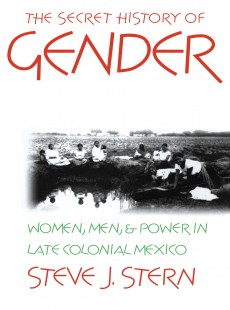 The Secret History of Gender