In 1950 the Soviet Union and the People's Republic of China signed a Treaty of Friendship, Alliance, and Mutual Assistance to foster cultural and technological cooperation between the Soviet bloc and the PRC. While this treaty was intended as a break with the colonial past, Austin Jersild argues that the alliance ultimately failed because the enduring problem of Russian imperialism led to Chinese frustration with the Soviets.

Jersild zeros in on the ground-level experiences of the socialist bloc advisers in China, who were involved in everything from the development of university curricula, the exploration for oil, and railway construction to piano lessons. Their goal was to reproduce a Chinese administrative elite in their own image that could serve as a valuable ally in the Soviet bloc's struggle against the United States. Interestingly, the USSR's allies in Central Europe were as frustrated by the "great power chauvinism" of the Soviet Union as was China. By exposing this aspect of the story, Jersild shows how the alliance, and finally the split, had a true international dimension. 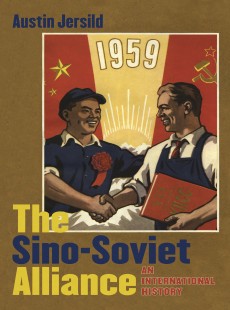