The Smugglers' World examines a critical part of Atlantic trade for a neglected corner of the Spanish Empire. Testimonies of smugglers, buyers, and royal officials found in Venezuelan prize court records reveal a colony enmeshed in covert commerce. Forsaken by the Spanish fleet system, Venezuelan colonists struggled to obtain European foods and goods. They found a solution in exchanging cacao, a coveted luxury, for the necessities of life provided by contrabandists from the Dutch, English, and French Caribbean.

Jesse Cromwell paints a vivid picture of the lives of littoral peoples who normalized their subversions of imperial law. Yet laws and borders began to matter when the Spanish state cracked down on illicit commerce in the 1720s as part of early Bourbon reforms. Now successful merchants could become convict laborers just as easily as enslaved Africans could become free traders along the unruly coastlines of the Spanish Main. Smuggling became more than an economic transaction or imperial worry; persistent local need elevated the practice to a communal ethos, and Venezuelans defended their commercial autonomy through passive measures and even violent political protests. Negotiations between the Spanish state and its subjects over smuggling formed a key part of empire making and maintenance in the eighteenth century. 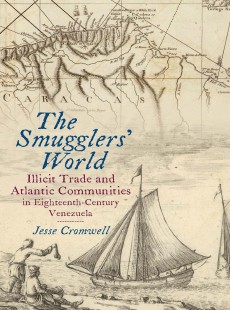