Although the 1932 kidnapping of aviator Charles Lindbergh's baby was a worldwide sensation, it was only one of an estimated three thousand ransom kidnappings that occurred in the United States that year. The epidemic hit America during the Great Depression and the last days of Prohibition as criminal gangs turned kidnapping into the highly lucrative "snatch racket." Wealthy families and celebrities purchased kidnap insurance, hired armed chauffeurs and bodyguards, and carried loaded handguns. Some sent their children to school or summer camp in Europe to get them out of harm's way. "Recent Kidnappings in America" was a regular feature in the New York Times, while Time magazine included kidnappings in its weekly list of notable births, deaths, and other milestones.The Snatch Racket is the story of a crime epidemic that so frightened families that it undermined confidence in law enforcement and government in general. In response, President Franklin D. Roosevelt waged a three-year War against Kidnappers with J. Edgar Hoover and his G-men (newly empowered to carry weapons and make arrests) on the front lines. This first U.S. war against terrorism revolutionized and modernized law enforcement in the United States, dramatically expanding the powers of the federal government in the fight against not only kidnapping but many new types of interstate crime. At the heart of the narrative are some of the most iconic names of the twentieth century: Rockefeller, Ford, Lindbergh, Roosevelt, Hoover, Capone, Schwarzkopf, and Hearst, all caught up in the kidnapping frenzy. The Snatch Racket is a spellbinding account of terrifying abductions of prominent citizens, gangsters invading homes with machine guns, the struggles of law enforcement, and the courage of families doing whatever it took to bring home the ransomed. 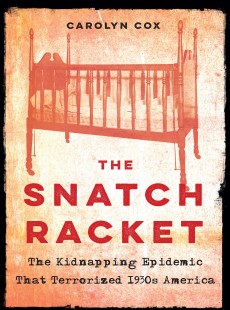