The Spotsylvania Campaign was a crucial period in the protracted confrontation between Ulysses S. Grant and Robert E. Lee in spring 1864. Approaching the campaign from a variety of perspectives, the contributors to this volume explore questions regarding high command, tactics and strategy, the impact of continuous fighting on officers and soldiers in both armies, and the ways in which some participants chose to remember and interpret the campaign. They offer insight into the decisions and behavior of Lee and of Federal army leaders, the fullest descriptions to date of the horrific fighting at the "Bloody Angle" on May 12, and a revealing look at how Grant used his memoirs to counter Lost Cause interpretations of his actions at Spotsylvania and elsewhere in the Overland Campaign. 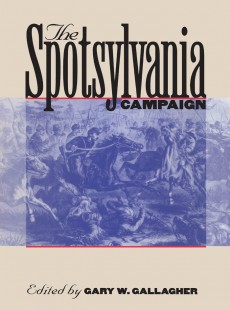