Following the Civil War, large corporations emerged in the United States and became intent on maximizing their power and profits at all costs. Political corruption permeated American society as those corporate entities grew and spread across the country, leaving bribery and exploitation in their wake. This alliance between corporate America and the political class came to a screeching halt during the Great Railroad Strike of 1877, when the U.S. workers in the railroad, mining, canal, and manufacturing industries called a general strike against monopoly capitalism and brought the country to an economic standstill. In The St. Louis Commune of 1877 Mark Kruger tells the riveting story of how workers assumed political control in St. Louis, Missouri. Kruger examines the roots of the St. Louis Commune focusing on the 1848 German revolution, the Paris Commune, and the First International. Not only was 1877 the first instance of a general strike in U.S. history; it was also the first time workers took control of a major American city and the first time a city was ruled by a communist party. 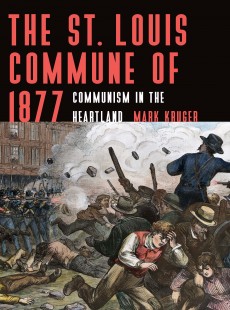 Communism in the Heartland