In this important new book, Melvyn Dubofsky traces the relationship between the American labor movement and the federal government from the 1870s until the present. His is the only book to focus specifically on the 'labor question' as a lens through which to view more clearly the basic political, economic, and social forces that have divided citizens throughout the industrial era. Many scholars contend that the state has acted to suppress trade union autonomy and democracy, as well as rank-and-file militancy, in the interest of social stability and conclude that the law has rendered unions the servants of capital and the state. In contrast, Dubofsky argues that the relationship between the state and labor is far more complex and that workers and their unions have gained from positive state intervention at particular junctures in American history. He focuses on six such periods when, in varying combinations, popular politics, administrative policy formation, and union influence on the legislative and executive branches operated to promote stability by furthering the interests of workers and their organizations. 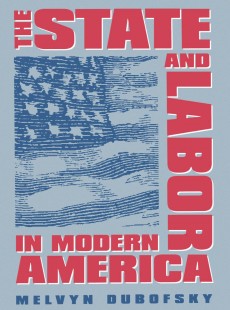 The State and Labor in Modern America